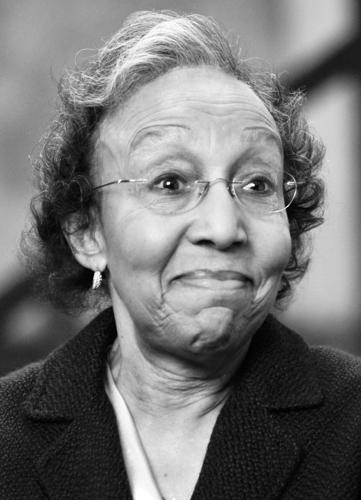 Polly Jackson will receive the city’s first Dreamer Award at the Martin Luther King Jr. Ceremony on Saturday, Jan. 14, after the parade.

“Mrs. Polly Jackson is an excellent choice for the first recipient of the Dreamer Award,” said Lisa Roddey, the city’s events and promotions manager. “She exemplifies the qualities and commitment it takes to make our community a great place to call home.”

There is nothing unusual about Polly Jackson. Her involvement within the Lancaster community has shown many who Polly Jackson is — a teacher. Jackson taught children for 32 years and retired when she was “ready.” But her work did not stop there.

Jackson served on Lancaster’s County Council for 12 years, where she enjoyed working in the community, recognized the importance of politics and serving her community. She then went on to be a part of the J. Marion Sims Foundation (now known as the Arras Foundation) for 12 years. She served on the board of Springs Memorial Hospital (now known as MUSC Health-Lancaster) for 15 years, along with the Foundation of the Carolinas for many years.

“I always knew what I wanted to do in life, which is teach,” Jackson said. “I have a love for teaching children and adults the importance of serving and loving one another.”

Jackson, now 87, continues to be involved within the community.

The MLK Committee and the city of Lancaster congratulate Polly Jackson on this prestigious award.

“Mrs. Jackson is a trailblazer. She’s passionate, intelligent and a consensus-builder,”said MLK Committee Chair Jackie Harris, who represents District 3 on Lancaster City Council. “I could not have had a better role model.”

Lancaster will host its annual “I Have a Dream” Jr. Parade and Ceremony to celebrate the life and works of Dr. Martin Luther King Jr. on Saturday. The parade will begin at 3 p.m. in downtown Lancaster. It will begin at the post office, 501 N. Main St., and travel south on Main to Williams Street.

The ceremony follows at 4 p.m. at Barr Street Auditorium, 612 E. Meeting St., Lancaster. The winners of the Martin Luther King Jr. “I Have a Dream” student essay contest will be announced and read during the ceremony.

There are no comments yet.